Time is rushing past so quickly, I can't believe that we are on to Day 8 of my Beer Hawk advent calendar already. 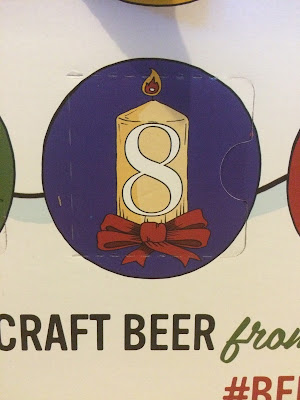 This can is brighter than the flame on the candle.  Covered in funky psychedelic colours and shapes it's a can of Hipster Ale from Evil Twin Brewing, brewed by Two Roads Brewing in Connecticut.  Two Roads had the honour of being the opening ale of the 2016 Beer Hawk advent calendar with their Worker's Comp - Saison on Day 1. 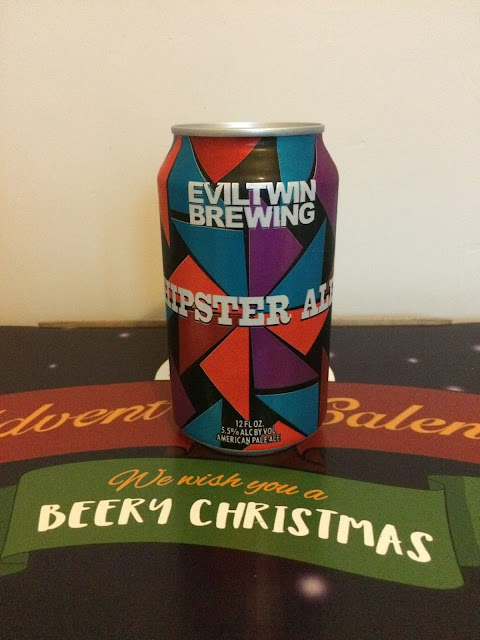 Perhaps you have heard of a worldwide beer-movement that tributes favourite hipster neighbourhoods across the globe.  If you feel excluded because you're hip but your city is not, this cutting-edge, 'hip without border' pale ale is an homage to you - the global hipster. Cheers!


They don't give much away about what delightful ale fills this can, do they?  It's ale and it's pale - that's apparently all we need to know.

There is a little more about the taste on Beer Gonzo which describes it as:

Tropical fruits and citrus are the dominant hop flavours in this superbly balanced and drinkable Pale Ale.