Ding Dong!  What's behind the door of my Beer Hawk advent calendar on Day 5?  I'm crossing my fingers and hoping it's beer shaped. 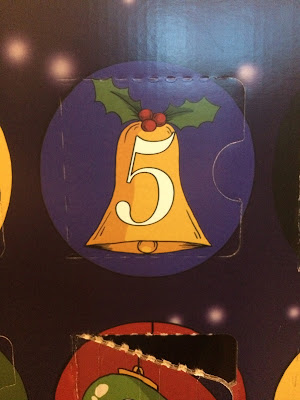 My wish has been granted - it is indeed a bottle of beer!  A bottle of Proteus IPA from Siren Craft Brew in Berkshire at a whopping 6.9% ABV.  Proteus is a pale ale series that Siren have run in 2016, with this one being Volume II and reportedly less citrus than the first batch. 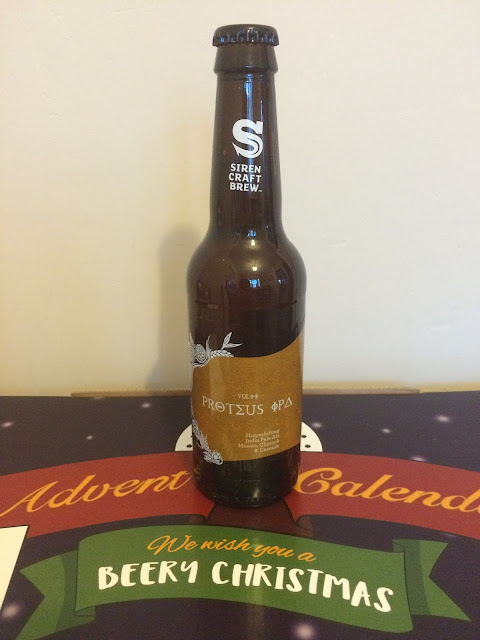 
Proteus is a series devised to make the most of three hops, with this volume using Mosaic, Chinook and Cascade.  Siren have brewed three pale ales using the combination before creating this dialled-up IPA version, based on everything their brewers have learned about the hops and how they work together.