Pretty coloured lightbulbs on the door of Day 22, but what colour beer is inside?  Pale, perchance? 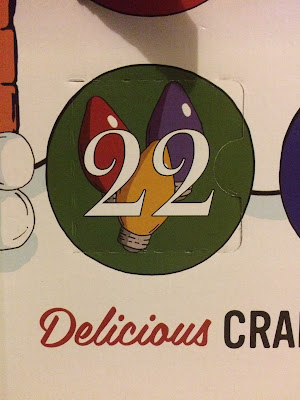 Well you could knock me over with a feather, it's another IPA but cunningly disguised as a lager from Camden Town Brewery.  IHL is an abbreviation for India Hells Lager. 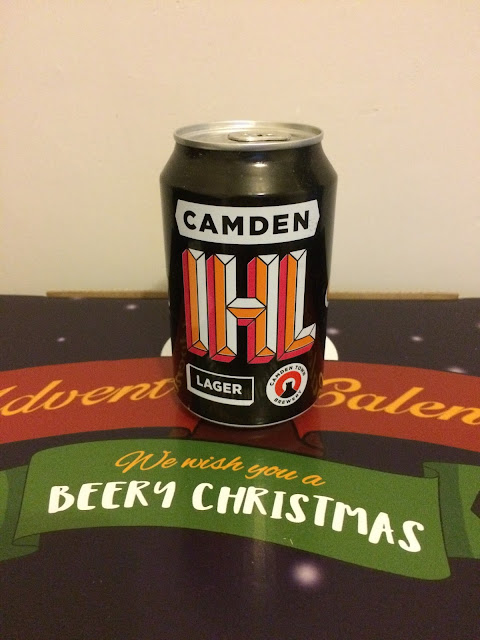 IHL is described on Camden Town Brewery's website as:

So this is the IPA, resurrected as lager. Sounds almost spiritual, right? In our office, this is known as “the brewers’ beer”. All the flavour of an IPA. Minus the heavy sweetness. Amen to that, brother.