Well whatever is behind Door 15 of my Beer Hawk advent calendar is sure to be a cracker, as long as it's bottle shaped, of course. 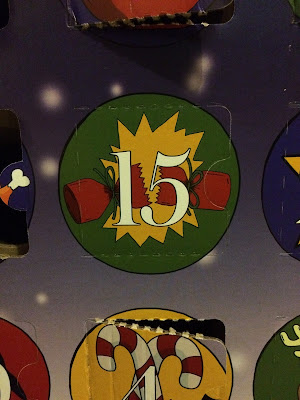 I think the explosive picture is quite apt, as it's another blow your socks off trappist ale today.  At a staggering 9.5% ABV, this Westmalle trappist tripel from Belgium is even stronger than the Trappistes Rochefort 8 on Day 13. 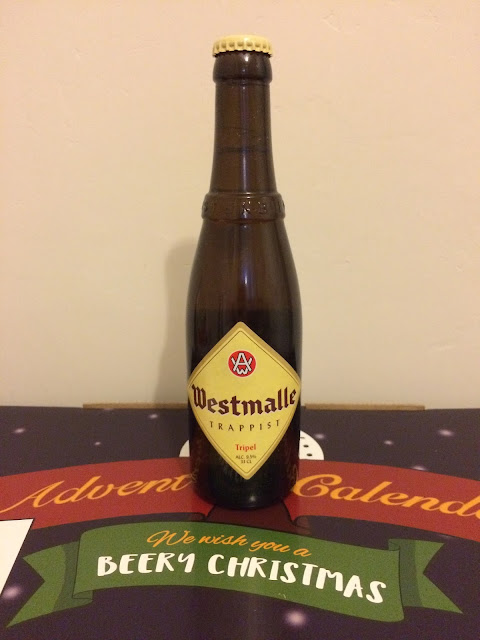 
Westmalle Tripel is a clear, golden yellow Trappist beer that undergoes a secondary fermentation in the bottle (9,5% alcohol). It is a complex beer with a fruity aroma and a nice nuanced hop scent. It is soft and creamy in the mouth, with a bitter touch carried by the fruity aroma. An exceptional beer, with a great deal of finesse and elegance. And with a splendid long aftertaste.

The Westmalle Tripel is indeed called the “mother of all tripels”. This type of beer was first brewed in Westmalle abbey in 1934 when the new brewing hall came into use. The current formula has stayed practically unchanged since 1956, thus more than 50 years.