Oh I love gingerbread men so it's a pleasure to see such a happy little fellow on the door of Day 14 of my Beer Hawk advent calendar. 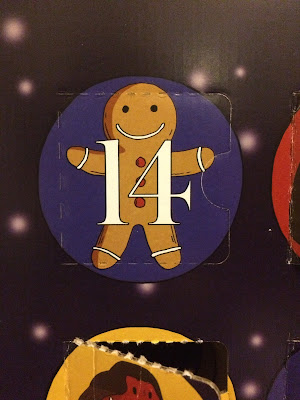 Brooklyn is another familiar brewery that I've seen on supermarket shelves but haven't yet tried, unsurprisingly it's a New York brewery.  I've never seen Brooklyn Scorcher IPA before though, so this will be an interesting one for me to try. 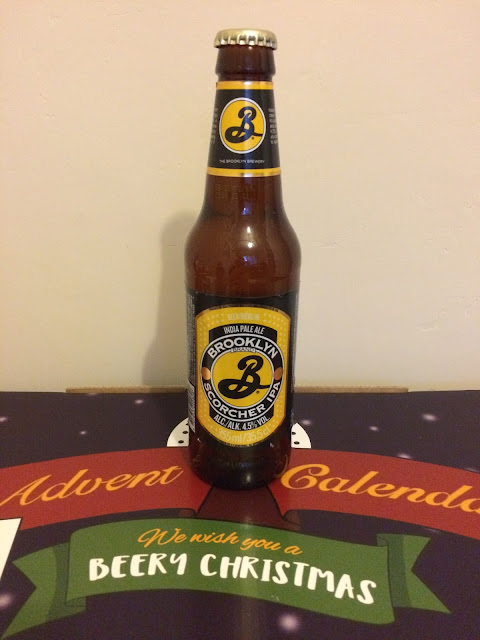 Brooklyn Scorcher IPA is a surprisingly sessionable IPA. A floral, piney aroma strikes first, followed by a burst of mouthwatering bitterness as the hops begin their attack. Suddenly, a hint of toasty malt and a clean, lively finish burst in to leave you thirsty for more. It’s ludicrously tasty, and at a reasonable 4.5%, it’s a beer you can come back to again and again. Try it with spicy foods, salads, grilled meats, cheddar, feta or just another Scorcher IPA.