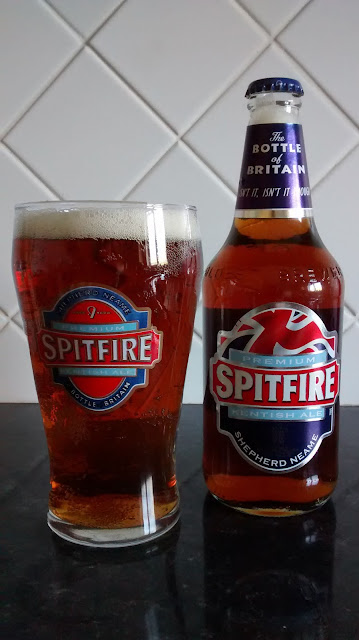 This is what I call proper British beer and I have the matching glassware!  To emphasise its intense Britishness, it was rather fittingly first brewed in 1990 to celebrate the 50th anniversary of the Battle of Britain.

It is a lovely dark amber with just a hint of spice to take the edge off the bitter.  It smells really hoppy on opening but the hops isn't overpowering at all and you get hints of slightly spicy toffee with every mouthful.  Being a Northerner, I would have liked a bit of a longer lasting head but it doesn't really spoil this ace ale.

Find out more about Spitfire and other ales at Shepherd Neame