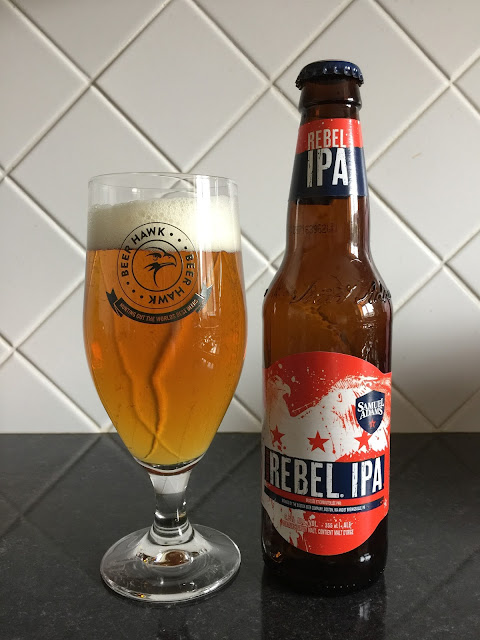 There was quite a lot of sediment in the bottle so it was a slow and careful pour in order to retain the clarity of the beer.  It's a traditional looking golden yellow ale with a tight and frothy off-white head.  There is a strong citrus aroma but rather than it being too acidic, the edge is taken off with an underlying buttery hoppiness.

Soft and feather-like on the tongue, there is an initial sweetness followed by a lovely bitterness that isn't overpowered by citrus.  I was really surprised by the taste as I expected a full citrus blast but it's the complex mix of hops that results in an initial crisp and refreshing taste that lingers into the aftertaste to counteract the citrus bitterness.

So easy to drink with a head that lasts to the end leaving impressive lacing, I would definitely have it again despite IPA not being my preferred ale.

Find out more at Samuel Adams
Posted by Michelle Ryles at 12:47 No comments: 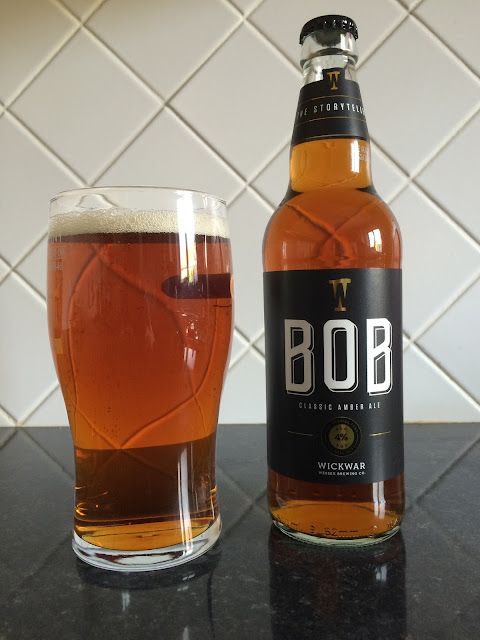 A beer called, Bob!  I saw this in B&M Bargains and had to have it as my mouth was watering once I'd seen the beautiful molten toffee amber colour.  It is crystal clear with a small loose beige head and has an aroma of traditional old-fashioned beer: hops, metallic bitter and slightly sweet.  It actually reminded me of the smell of Stones.

What a surprising taste!  It is not metallic at all but is more dry and refreshing with flavours of malt biscuit and sweet toffee.  Despite the rapid loss of the head, it is surprisingly well carbonated.

I really liked Bob, it is a very moreish beer with a pleasant sweet aftertaste that counteracts the initial bitterness.  Ale Be Seeing You Again!

Find out more at Wickwar Brewing
Posted by Michelle Ryles at 12:31 No comments: 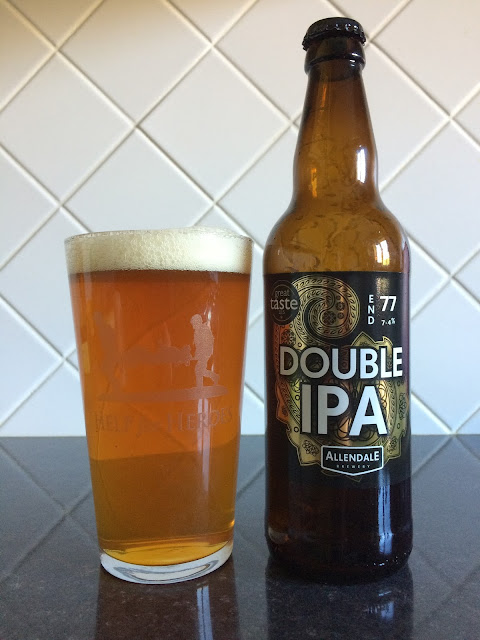 If tropical fruit is your thing then this beer is for you!  I think you can tell it is a citrus fruity beer from the cloudy golden yellow appearance and it has quite an impressive tight off-white head that lasts and laces.

It smells strongly of tropical fruit and is actually quite refreshing as the aromas of pineapples and lemons make me think of distant shores.  The taste, however, isn't totally tropical but is more grapefruit overload for me.  It is very very VERY bitter and the grapefruit flavour takes over to the point where that's all I could taste.

Very fizzy and very bitter, it wasn't my kind of beer and Ale not be Seeing You Again.

Find out more at Allendale Brewery
Posted by Michelle Ryles at 12:09 No comments: