One week to go until the big day - it's Day 18 of the Beer Hawk advent calendar and Frosty the Snowman is pictured on the door.  It might not be too cold outside but there's sure to be something hidden behind that door that requires chilling. 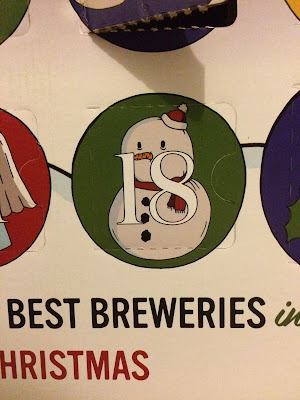 It's almost like a work of art - I've never seen a more detailed intricate can of beer and you can just about see the subtle hops engraving in my photograph.  Today's beer is Nor'Hop from Moor Beer Company in Bristol.  I absolutely love the strapline - Drink Moor Beer! 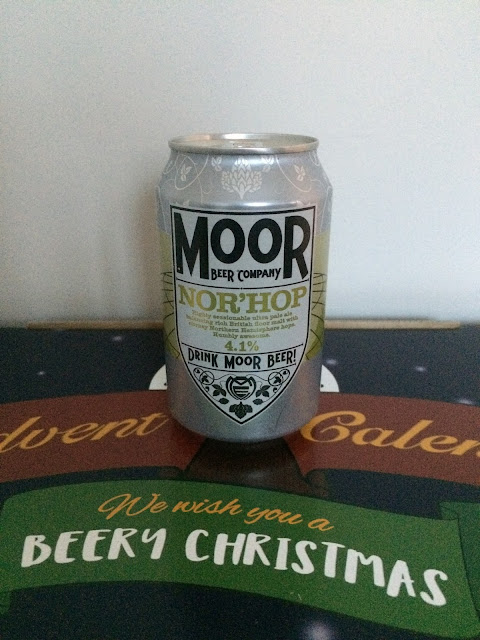 From Moor Beer Company's website, Nor'Hop is described as:


This ultra-pale ale is brewed with a limited availability hop from America to impart a pronounced floral and citric quality to the beer, with honey and elderflower in the nose.  This beer had been so anticipated that in less than two weeks of release it had won a beer festival and sold out.  Not wanting to disappoint its many fans, we have rebrewed it and added it to our list of permanent beers where it continues to be the benchmark for the style around the world.