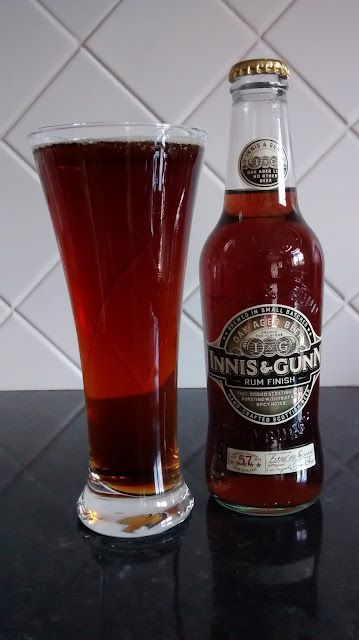 A colour that's reminiscent of molten toffee and this certainly has toffee aromas a-plenty to match.  There is no head to write about but it had such a lovely mellow taste that I can overlook that.

The flavour is mainly toffee and malt but you can definitely tell that it's been aged in a rum infused barrel and probably accounts for the lack of head and virtually non-existent carbonation, which isn't a necessarily bad thing, it just makes it different.

I do like an Innis & Gunn but in my opinion it's more like a spirit than a beer, and is well suited to a cold evening in front of the fire (or a summer's day in the North of England).

Head over to Innis & Gunn to find out more