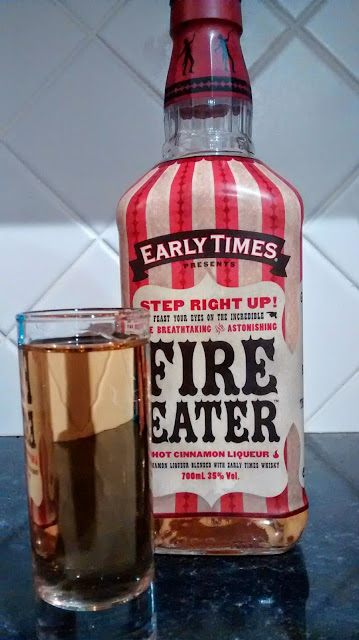 Friday night whisky with cinnamon.  An acquired taste but a nice winter warmer.  Well the temperature has dropped a few degrees, so I don't see why not!

It's not as firey as the name suggests, but it has a definite taste of cinnamon.  Not like Jelly Belly cinnamon but a nice warming glow.

Made by Bacardi Brown-Forman
35% ABV